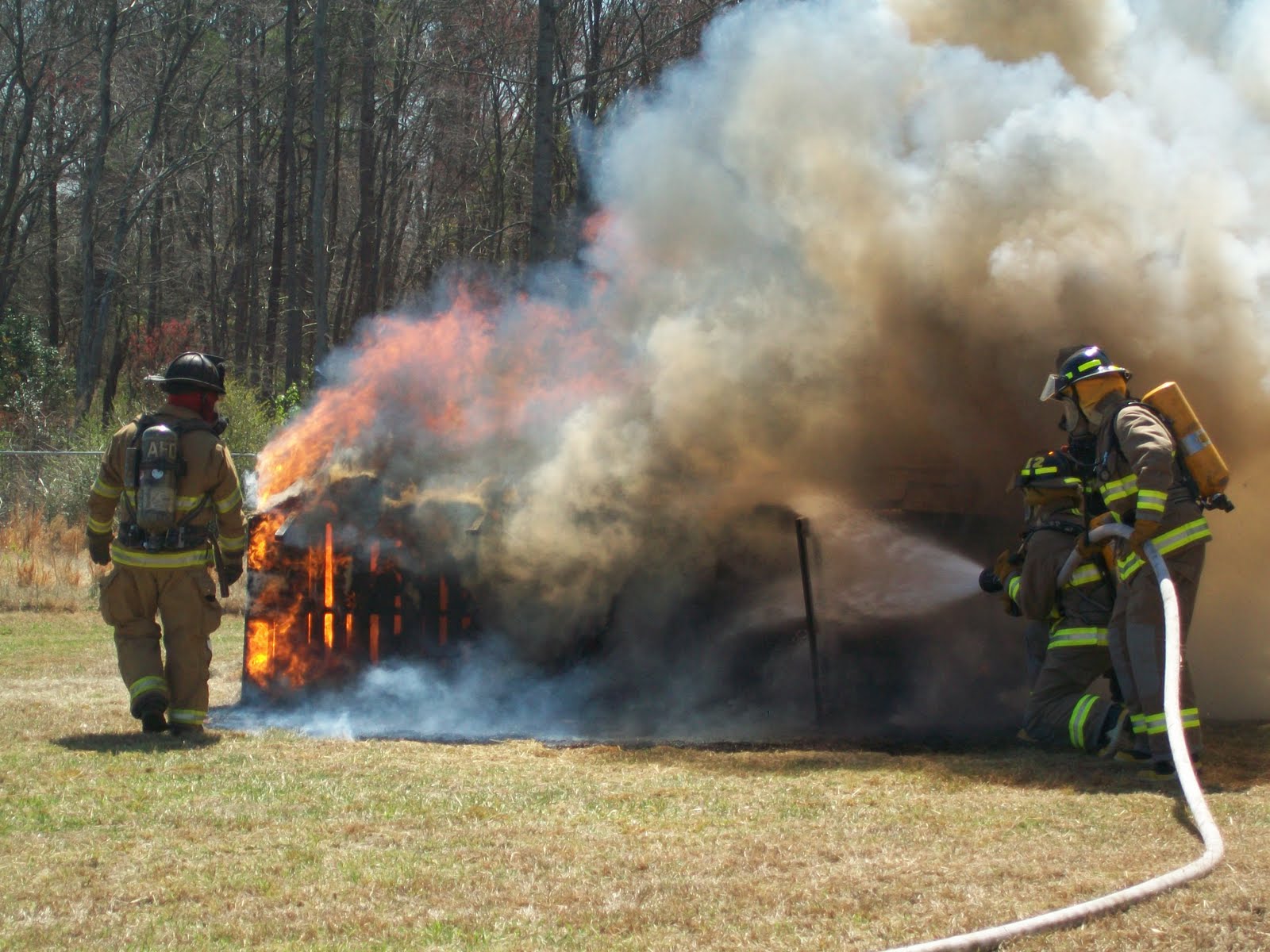 Today is a tough day for the fire service. My heart hurts for the Brothers from the West, Tx Fire Department. And I can't help but think about the rural small town firefighters across the nation. These guys are trained to the same level as career guys, but they choose to take time away from their families and serve their communities dilligently, simply because they care. Undoubtedly, these guys kn...ew what happened 66 years ago in Texas City. I'm sure those guys had preplanned and inspected that plant many times. They knew the dangers that they would potentially face in a "worst case scenario," yet they still responded from the safety of their homes to the imminent dangers that awaited them. And I'm sure that hundreds of civilains are alive right now because of their bravery and sacrifice. So the next time you see that "redneck with his four-way flashers on" come driving by, remember the sacrifices that these brave men and women make every day to keep you safe. I'm thankful to live in a small town, not much different from West, Tx, where our community is protected and served by volunteers. Thank you guys for all you do.
Posted by CTC Firefighting Class at 5:44 PM 1 comment:

Mirror, Mirror, on the Wall...

One of the advantages of being a father of three young children is I stay up to date with the latest and greatest in all things Disney.  I can name every Disney princess and I often catch myself singing songs from Disney movie sound tracks.  As I was walking through the house the other day, my oldest daughter was watching one of her all time favorite Disney movies, Snow White.  As I walked by the television, I overheard the Evil Queen stand in front of the mirror and say her famous line, "Mirror, mirror, on the wall, who is the fairest one of all?"  Of course, we all know the story, the mirror usually appeases the queen and tells her that she is the best thing since sliced bread, but on this occasion, the mirror drops a bomb on her and lets her know that she's really not all that great.  I tell this story, because I believe that a lot of firefighters look into a magic mirror every morning before they go to work.  When they look into the mirror, the reflection they see is not themselves, but rather a fictitious Hollywood character who would have a leading role in Chicago Fire or maybe even Backdraft.  They see a firefighter who is in great physical shape and can handle any and all types of emergencies.  They see a firefighter who can easily drag a 300 pound victim out of a burning building or make a cylinder last to its fullest because of their superior cardiovascular conditioning.  But the reality is, many firefighters are looking at a distorted image.  I like to listen to sports talk radio on my way to and from work.  One of my favorite times of the year to listen to sports talk radio is during late July and early August.  It's during this time that fans from all over call in and explain to the talk show hosts how their favorite team that went 6-5 in the previous year is going to win the National Championship this year.  They don't look at the reality of the situation, they simply live in their fantasy world.  They wear their favorite team's colored glasses and it distorts the true facts at hand.  I believe that many firefighters wear Backdraft colored glasses.  In their minds, they are physically capable of handling anything that the next call can throw at them, but in reality, they are a ticking time bomb waiting to become another statistic.  In 2011, 83 firefighters were killed in the line of duty.  Out of these 83 firefighters, the cause of death for 49 of them was either a heart attack or stroke.  That accounts for nearly 60% of all firefighter fatalities in 2011.  Now I realize that there are times when diet and physical fitness levels are not the root cause of the heart attack, but how many of those deaths would've possibly been prevented through a healthy lifestyle?  The fire service has become a safety first society where we focus on Risk vs Reward and the tenability of vacant structures, but how often are we looking at the number one killer of firefighters, ourselves?  In 2011, only 8 firefighters actually died inside a burning structure fire by getting caught, trapped, or running out of air.  That's less than 10% of the total deaths for the year.  Yet, 90% of our training focus is to prevent these 10% of deaths.  I'm not saying that Risk vs Reward and learning when to go defensive aren't important, but I feel like we have become the Pharisees that Jesus talked about in the Bible.  The Pharisees were too concerned about the speck in their brother's eye instead of worrying about the board in their own eye.  If we truly want to reduce the number of line of deaths, we are going to have to begin looking at what is really killing firefighters.  We need to stop looking through our Backdraft colored glasses  into our magic mirror and face the reality of who we really are.  The reason I am writing this is because up until 6 months ago, I was waking up every morning looking into a magic mirror.  At 5'9", my weight had ballooned to 225 pounds.  And even though I was "working out" every week, I struggled to run 2 miles without stopping.  I was in no way ready for anything the next call could throw at me.  My magic mirror gave me a reality check and told me that I wasn't battle ready.  I made a conscious effort to make a change.  I changed my diet and got back on a solid physical fitness regime.  Over the course of 6 months, I have lost almost 40 pounds.  Also, in December, I completed my first half marathon.  I am nowhere near a Men's Health Magazine cover model, but I've made great strides in changing my lifestyle.  And the changes that I've made are more than just to make my pants fit better.  I want to make sure that after that next structure fire that I go home to my wife and three children to watch many more Disney movies.  What about you?  What do you really see when you step out from behind your magic mirror?  Do you see a firefighter who is doing all he can in the area of physical fitness and a healthy diet?  Can you make it more than one cylinder before tapping out and going to rehab?  Are you physically strong enough to drag another unconscious firefighter out of burning building by yourself?  Preparation starts long before those tones drop.  It starts every day when you make the decision to get in shape and live a healthy lifestyle.
Posted by CTC Firefighting Class at 1:14 PM 2 comments:

As a second generation firefighter, my dad has always instilled in me the old saying "You can't throw books at a fire and expect it to go out."  For my entire life, I grew up believing this hypothesis to be true.  Besides, books are made from paper, which we know is flammable.  So, throwing books on a fire will only increase the fuel load, feeding the fire, and making it grow.  Despite these strong facts, I recently tested this hypothesis, and found that it can be proved false.  If you have a large enough book, the book will displace the oxygen that the fire needs for growth, breaking the fire tetrahedron, and extinguishing the fire.  Now while I know this story is beginning to sound ridiculous, I believe that it has some strong truths are applicable to the fire service today.  As I continue to teach the next generation of firefighters, I'm finding that their response to the importance of cognitive knowledge is no different than those who have gone before them.  They don't see the importance in learning "that book stuff."  Thirty years ago, when you were hired by a fire department, you were given a set of turnout gear (or at least a set of hip boots, coat, and helmet), shown a hose, and told "when that alarm rings, go put the wet stuff on the red stuff."  That was pretty much the extent of your "certification."  Despite the plethora of books and courses offered around the country, this is the way many people still perceive firefighter training.  Now, don't get me wrong, I am a hands on guy.  I want to be the first guy to the nozzle on every fire and I believe that experience is invaluable.  I believe that kinesthetic, or hands on knowledge extinguishes fires.  I believe that regardless of how many burn buildings you go into, you can't replace what is learned when you get the nozzle on your first working job.  Hands on training and experience is important, but so is cognitive "book" knowledge.   Kinesthetic knowledge extinguishes fires, but cognitive knowledge is what will save you and your brother firefighters from getting killed while fighting those fires.  When will you ever need to know that steel elongates when it reaches a temperature above 1000 degrees Fahrenheit?  Long before you ever enter that Type II construction building with the heavy fire load, that's when.  When will you ever need to know that water expands 1,700 times it's size when it becomes steam?  Before you open that nozzle to a wide fog pattern in a well involved room, that's when.  Too often we only care about cognitive knowledge if it's going to be on the test.  Besides, as long as I have my certificate, that's all that matters anyway, right?  That cognitive knowledge is what you're going to rely on when the fire becomes more than routine or that extrication becomes more than just a door pop.  That cognitive knowledge may be what allows you to see your wife and kids in the morning.  So next time you're dozing off in the training room while that PowerPoint is being presented, don't ask yourself the question "will books extinguish fires?"  Ask yourself "How big is your book?"
Posted by CTC Firefighting Class at 6:21 PM No comments: 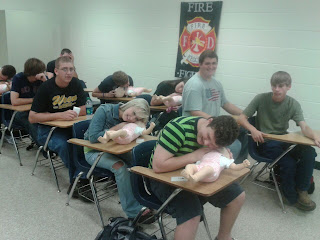 Posted by CTC Firefighting Class at 1:31 PM No comments:

First Aid CPR Chapters 1 and 2 up to CPR Skills
Posted by CTC Firefighting Class at 12:34 PM No comments: 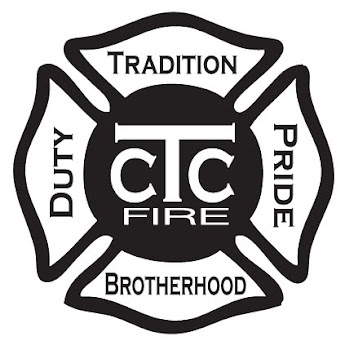 The Anderson Districts I and II Career and Technology Center Firefighting Program is a 2 1/2 year program for students in grades 10-12 from 3 feeder high schools in Anderson County, SC; Belton Honea Path High School, Palmetto High School, and Wren High School. The program teaches students to the NFPA 1001 Standard and allows students the opportunity to become DOT Medical First Responders through the American Red Cross. The future goals of the program are for the students to be able to obtain South Carolina Fire Academy Certification through the program